Send Us a Message

How You Can Help

It is our collective obligation to the 13,600 indigent Jews buried at Silver Lake, and their families, to preserve and maintain this historic cemetery with dignity and respect.

Between 1892 and 1909, HFBA buried 13,600 impoverished Jews at Silver Lake Cemetery. Over half were infants and children.

Originally planned for just 4,000 burials, the cemetery filled beyond capacity by 1909. Opportunistic trees, vandalism, and the ravages of nature and time have wrought major damage. Remains have shifted away from their burial spots, headstones have been overturned, and most headstones have disappeared. 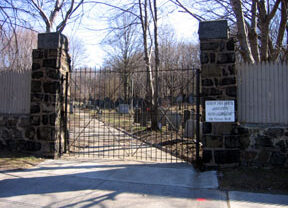 WHY SILVER LAKE SHOULD BE RESTORED:

Today, Silver Lake helps to educate young people about their history and the history of New York City.

Some 1,000 high school students participate in clean-up projects every year, a task that is very meaningful to them

We gratefully acknowledge the generous support of :

In Loving Memory of Irving Klein